From the "Cherry Capitol" to the "Entertainment Capitol" 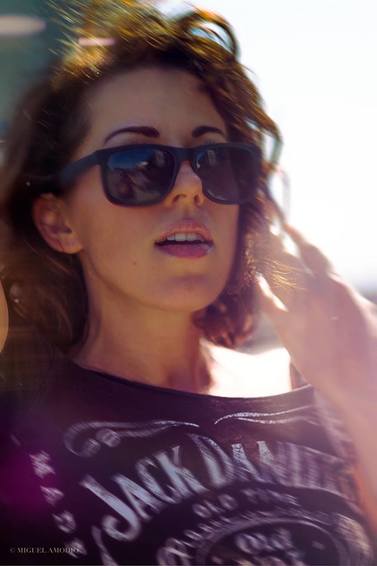 Photo by Miguel Amodio
As the youngest of three daughters, ​Kelly grew up on 35 acres in a rural town just outside of Traverse City, Michigan.  She was - and is still is -  a tomboy, spending a majority of her youth playing basketball, raising poultry for 4-H, and getting down and dirty playing make believe in the great outdoors.  She has a great love for animals and a deep appreciation of nature.

During her youth, Kelly was a part of two seemingly polar activities: sports and theatre.  As captain of the Varsity Girls' Basketball team, she helped lead her team to their first District Championship in years.  She was also the President of the Thespian Society, and was awarded an "Oscar" her senior year for her dramatic portrayal of HELEN in "Murder on Center Stage."  A self proclaimed nerd and lover of learning, Kelly graduated high school as Valedictorian.

It was in college when she was pursuing her BA in Theatre Performance when things really started to "click" for Kelly as she enrolled in her first stage combat class.  Immediately she was hooked, quickly learning the concepts of hand-to-hand battle and learning such weapons as rapier, dagger, and broadsword.  Around the same time, Kelly competed and won the title of National Cherry Queen which allowed her to travel as the official ambassador of the National Cherry Festival and the entire cherry industry.  It was during her reign that she travelled to California for the first time, and while she was a visitor of the Tournament of Roses, she knew that she would soon call this place home.

After her reign as Cherry Queen and upon graduating college Summa Cum Laude, Kelly felt that she had the confidence and momentum to move to California to finally pursue her career in acting.  She trained with the industry's top coaches and continued her work with stage combat and weapons.  Kelly added martial arts to her repertoire and quickly fell in love with the concept of "ninja", in particular that ninjas "specialized in unorthodox warfare."  Kelly really related to this concept as she felt her career path was just that: anything but usual!  She continues to use the term "ninja" to encourage her friends and fans to keep finding creative and unique ways to succeed.  She is a 2nd degree brown belt at the Shaolin American Self Defense Academy.

Kelly is most proud of her first paying gig in "THE LAST STAND OF THE 300" as she played a Spartan warrior and performed all of her own stunts alongside a team of professional combatants.  Her credits don't end there, playing series regular Chief Weapons Officer Ensign Turk in the sci-fi pilot VEER, a feisty mercenary in the highly anticipated CROSSBREED, and most recently the comedic love interest in FOR THE LOVE OF JESSEE.

Kelly warrants her success to her loving, supportive family and her unshakable positive attitude.  She truly feels blessed to be in California, able to pursue her passions and live her dream.